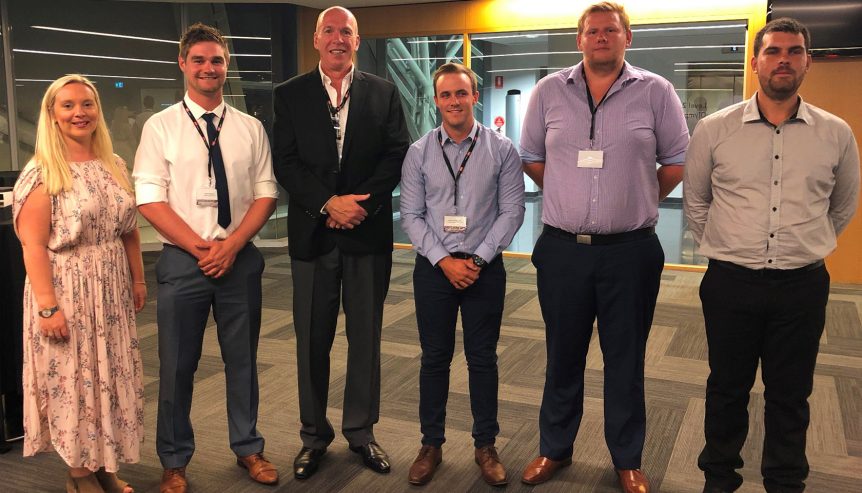 The event provides turf professionals with an opportunity to reflect on the highs and lows of the past season and is also where the national winner of the STA Graduate of the Year award is announced.

Mark is a graduate of TAFE Ryde and is currently employed by HG Sports Turf in Melbourne in the role of NSW Farm Operations Manager. His role includes the growing, maintenance and preparation of turf venues, such as ANZ Stadium and Moore Park.

Previously, he has been involved with many turf installation for the Commonwealth Games, at the MCG and the new Perth Stadium.

“Winning the national graduate award is something I never thought I would achieve during my career. It’s great to be recognised for something you love doing,” says Mark. 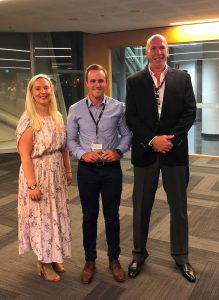 “Heading to the USA with Toro will be a great experience. They are the leaders in the industry and it’s a great opportunity, one I’m looking forward to.

“Moving forward with my career I plan to keep chipping away at my craft and drawing on the knowledge of my support network to further improve my skills in the trade.”

Elise Willemsem, Senior Marketing Manager for Toro Australia said that were thrilled with the winner.

“We had an amazing group of young professionals through the program this year but Mark was a standout with his experience, knowledge of the industry as well as his presentation.

“We are extremely proud to be a part of the graduate program and are positive that Mark will be a great ambassador for sports turn in Australian and internationally when he travels to the US next year as part of his prize,” says Elise.