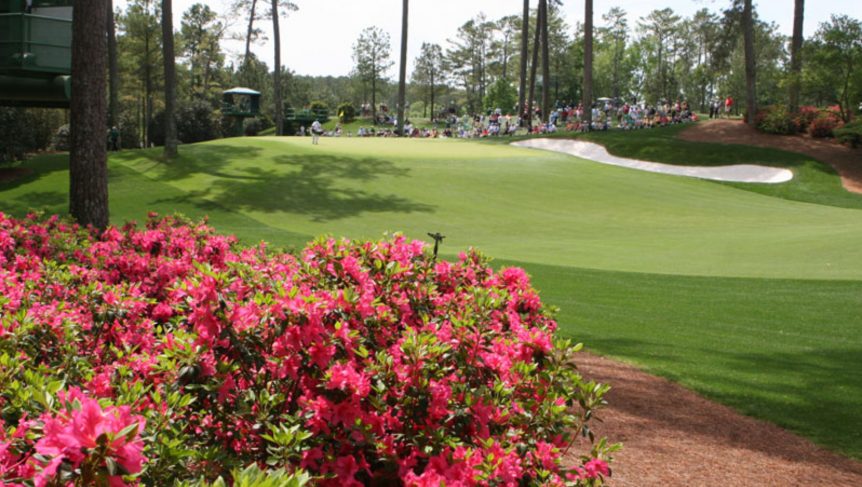 The famous wall-to-wall green color on display at Augusta National wouldn’t be possible without improved perennial ryegrass cultivars, the first of which was released in 1967.

1967. The Beatles released “Sgt. Pepper’s Lonely Hearts Club Band.” Gas was 33 cents a gallon, and it cost a little more than a dollar to go to the movies. Most important, the first improved cultivar of the turfgrass species that graces the fairways, tees and roughs of Augusta National Golf Club was released.

Augusta, Ga., is in bermudagrass country — hot, humid summers and mild winters. Nevertheless, the timing of the Masters requires high-quality turf early in spring, and bermudagrass wouldn’t yet be in pristine condition in northern Georgia. As such, a cool-season grass is needed. Bermudagrass is there on the property — it’s just undercover. Under the cover of its cool-season counterpart, perennial ryegrass.

Horses, cattle and sheep have been reaping the benefits of perennial ryegrass for hundreds of years, as it was first used as a forage grass. Early perennial ryegrass cultivars, such as Linn, didn’t produce high-quality turf. Mowing would shred the leaf blade because its vascular tissues are tough. After mowing, the torn, dried leaves of Linn would make the turf appear more white than green.

Since then, breeders have worked to develop hundreds of cultivars. The National Turfgrass Evaluation Program’s most recent perennial ryegrass cultivar evaluation includes 114 entries from 29 companies. It’s likely that a blend of cultivars is used across Augusta, but the quality of the surface is impeccable. The turf matches the jacket.

Perennial ryegrass has several appealing characteristics. It’s quick to germinate after seeding, and seedlings are often visible after as few as four or five days. It produces a dense turf, and the narrow leaf blade has a glossy underside. The glean of the backside of the leaf provides the obvious striping patterns so often visible at golf facilities and athletic venues.

By midsummer, perennial ryegrass in Georgia is on the decline, and the bermudagrass takes advantage of the hot, humid weather. Thus, the turf at this spring’s Masters will be treated as an annual, and the next crop will be planted sometime in autumn. In more northern regions of the U.S., perennial ryegrass is used as a true perennial. In warmer, humid regions of the transition zone, a regimen of fungicides is a necessity to maintain the quality of the ryegrass throughout the summer, as it is quite susceptible to infection by fungi that cause brown patch, Pythium blight and gray leaf spot (GLS).

Gray leaf spot was once a disease most common on St. Augustinegrass lawns in the South and was of little concern to those growing perennial ryegrass. Turf breeders have worked to address the GLS problem, releasing several ryegrass cultivars with at least some level of tolerance to the disease.

Couple the breeders’ improvements in perennial ryegrass with the latest irrigation, mowers, sprayers, fertilizer and plant protectants — along with university-trained golf course superintendents, assistants, equipment technicians and interns — and the result is what you see at Augusta National. The industry has come a long way since 1967, and the development of high-quality perennial ryegrass cultivars has helped give Augusta National the aesthetic appeal it has today.