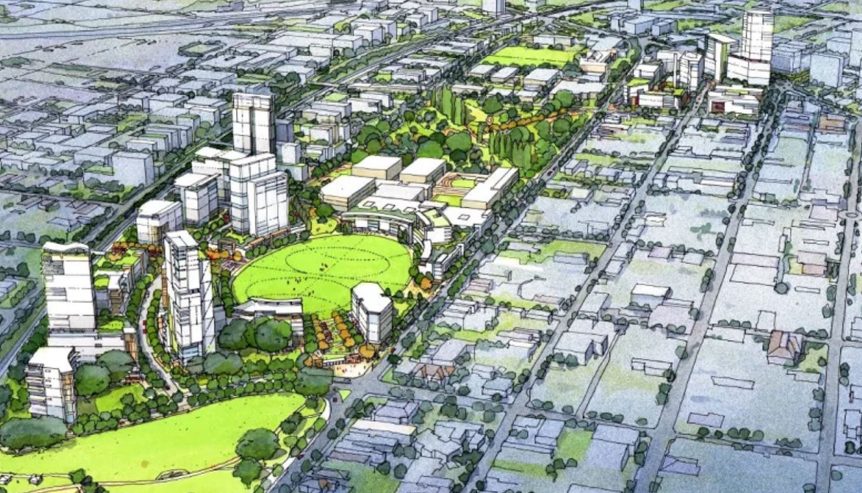 The newly refurbished Subiaco Oval officially opened to the public on Thursday, marking the next step in Subi’s resurrection from ghost town to CBD gateway.

For the first time in decades, members of the general public will be able to access the oval, the original home of Western Australian football since 1908, following the demolition of the former grandstands.

Closed since the last AFL game was played there in 2017, before the opening of Optus Stadium, the oval has had its playing surface reinstated, together with the original player dugouts, 250 of the original wooden grandstand seats and AFL-size goal posts. The heritage-listed original entry gates have been retained and restored.

A long-term shared user agreement between the City of Subiaco, the WA Football Commission and Bob Hawke College is being discussed before overall management is handed to the council to handle booking requests from community and sporting groups.

New floodlighting for night events has been installed and the surrounding area has been temporarily landscaped for the community to make the most of while master planning continues for the wider Subi East redevelopment project, covering the 35-hectare area between the oval, West Leederville train station, and the former Princess Margaret Hospital site.

Spearheaded by Development WA, the entity resulting from the Landcorp/Metropolitan Redevelopment Authority merger, Subi East is intended to create more than 2000 homes and create a strong gateway between suburban Subiaco and Perth CBD.

The Sandover Medal Walk will be reinstated once the master plan process identifies a suitable location.

“So many Western Australians turned out to farewell the old Subi Oval in June last year, ahead of the demolition of the grandstands.

“We’re delighted to now be handing this much-loved piece of Perth’s history back to the community, less than a year later.”