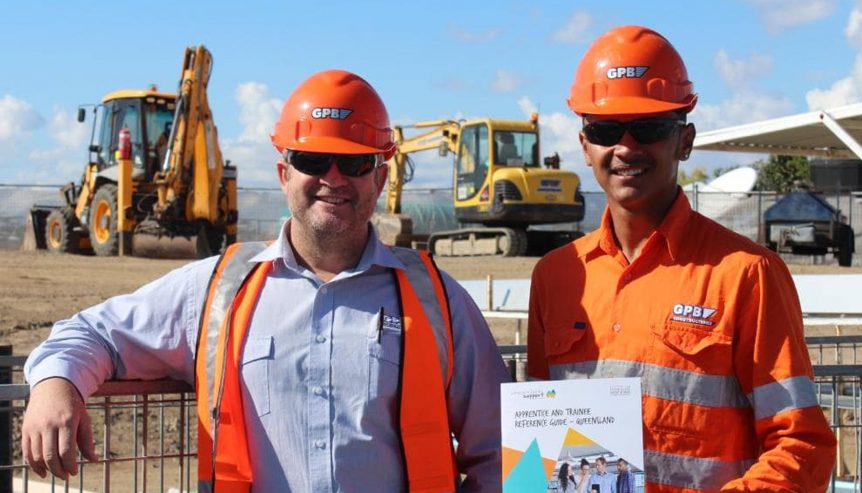 The North Queensland Stadium is proving to be a mecca for jobs, especially the hiring of apprentices and traineeships.

Latest data show there are about 200 people working one and off site, including 31 apprentices.

Townsville MP Scott Stewart said by peak construction early next year, there would be up to 400 people working onsite daily.

And a local construction firms says it’s the first time in eight years he has been able to hire an apprentice.

GPB Constructions Project Manager Kurt Populin said it was great to be involved with the stadium job and be in the position to take on more staff.

Mr Stewart said as at October 5, 39 of the 47 successful tenderers were local companies.

“An estimated 406 local businesses are involved in the extended construction supply chain,” he said. “Already, more than $100 million has been invested in Townsville.

“Upon completion, up to 80 per cent of the project’s construction costs will be invested into Townsville’s economy through local subcontractors and suppliers.”

Mr Stewart said under a 10-week pilot Pre-Employment Program, 14 people were taking the opportunity to gain formal qualifications and work experience in the construction industry at the North Queensland Stadium site.

“The pilot is a collaboration been the project’s managing contractor Watpac, apprentice and trainee specialist TORGAS, Construction Skills Queensland and TAFE Queensland,” he said. “Already, 10 participants have completed a Certificate 1 in construction, with two securing employment and two securing apprenticeships.”