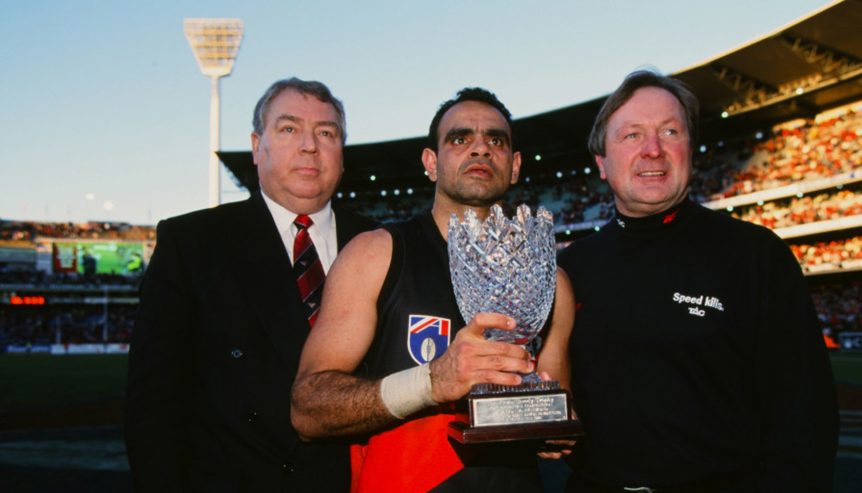 There have been 20 matches for premiership points at Darwin’s TIO Stadium since the Western Bulldogs and Port Adelaide christened it as an official AFL venue in 2004.

And with no disrespect to those two clubs who have featured heavily there and to Melbourne, which has made the venue a second home since 2013, Saturday night’s Dreamtime game shapes as the most significant AFL game yet played in Australia’s northernmost city.

Thanks to Kevin Sheedy, the annual Dreamtime game at the MCG between his first two clubs, Richmond and Essendon, has become one of the landmark games of the AFL fixture each season.

But with footy in Melbourne off the radar for the rest of the year because of COVID-19, it left the AFL having to find the next most suitable venue and that’s where TIO Stadium comes into play.

It might not be the MCG, but in many respects, the Dreamtime game is coming home. Leading Northern Territory football commentator Charlie King told the AFL Record it will be one of the most memorable nights for the game in Australia’s Top End, with the only disappointment being that health regulations mean there won’t be a capacity crowd.

Maurice Rioli and b always figure, as does Andrew McLeod, the 340-game Adelaide superstar who won back-to-back Norm Smith Medals in 1997 and 1998.

Michael McLean, who played 183 games for the Western Bulldogs and Brisbane between 1983 and 1997, also gets in because as well as being a seriously good footballer, he was something of a trailblazer and one of the first from the Top End to make it in the then VFL.

Territorians are split when it comes to who might round out the list. Old-timers and historians lament David Kantilla is not as well known as he should be.

The lanky ruckman was the first NT player to play in the SANFL and won South Adelaide’s best and fairest in 1961 and 1962.

The function centre at TIO Stadium is named after him.

But the nod goes to Cyril Rioli, the mercurial 189-game Hawthorn small forward who played in four flags and won the 2015 Norm Smith Medal.

Apart from Victoria, no state or territory has produced more Norm Smith Medal winners than the Northern Territory.