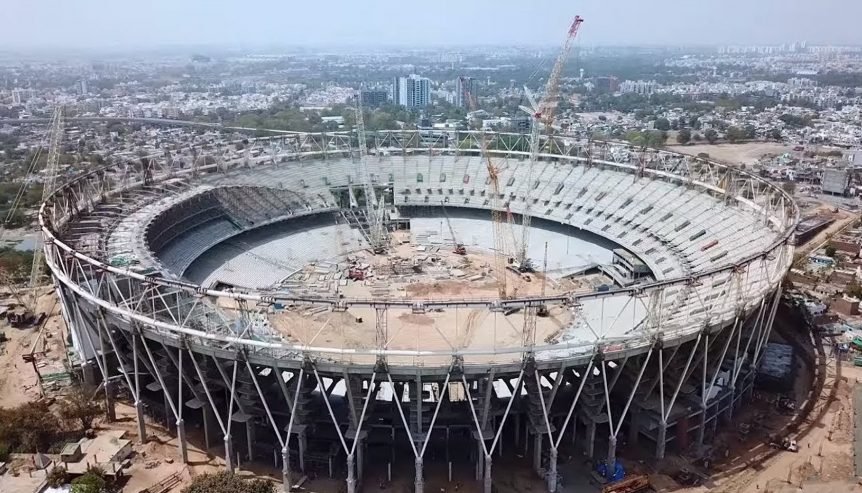 Work on the Motera cricket stadium in New Delhi, which is set to overtake the Melbourne’s “G” as the largest in the world, is 90% complete and on course to be finished by January, according to the Times of India.

The original ground was built in 1982 and then was demolished in 2015 to make way for a bigger and better version, designed by Anglo-Australian architect Populous.

When complete, this will stand will hold 110,000 spectators, twice the number of seats of its predecessor, and 10,000 more than Melbourne.

It will also offer LED floodlights for the first time in India, as well as lavish corporate and media facilities, and an Olympic-sized swimming pool.

Construction on the $100m facility began in 2017 and was to take two years. Populous comments that this was a tight timeframe. Extra pressure was placed on the project team by Prime Minister Narendra Modi’s backing of the scheme.

A video illustrating the project can be seen here.