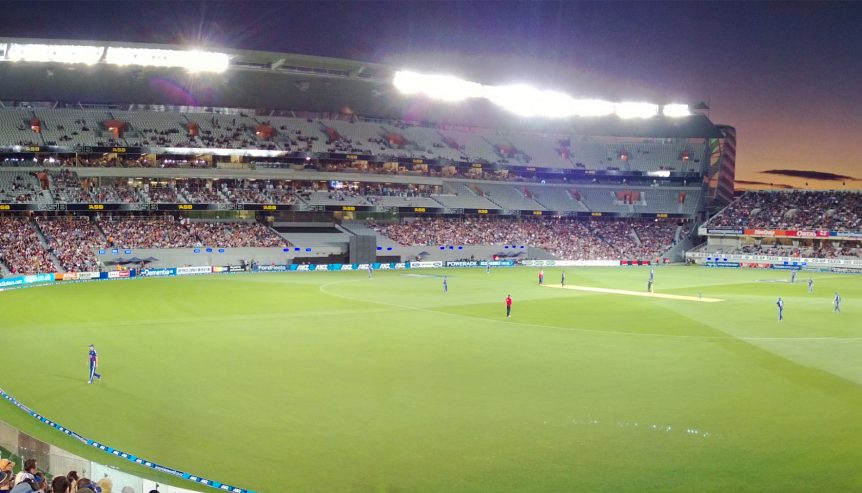 The New Zealand government announced its nationwide system would relax to ‘alert level one’ at midnight, allowing mass gatherings to take place, after the country became completely coronavirus free.

This means up to 50,000 fans could cram into Eden Park in Auckland to watch the Blues play against the Hurricanes for the first time since lockdown at 3:35pm on Sunday.

Another 30,748 supporters may also pack the Forsyth Barr Stadium in Dunedin as the Highlanders host the Chiefs at 7:05pm on Saturday.

The only conditions of the gatherings under alert level one are that stadiums assist the government with contact tracing and that fans maintain proper hygiene by washing hands and coughing or sneezing into their elbows.

Super Rugby Aotearoa will be the second sport league in the world to return to live crowds after Vietnam’s V-league, which started on Friday.

‘It is a testament to all New Zealanders that we are in a position to lift restrictions on mass gatherings,’ Mr Robinson said.

‘It’s going to be a very special and unique competition and it’s fitting that New Zealanders now have a chance to be part of it.’

Kickoff times for the games have been shifted, making them more palatable for fans who are also on the verge of returning to playing community sport.

Teams will also be able to prepare normally rather than fly-in and out on match day, as had been planned.

Highlanders chief executive Roger Clark said it would be an ‘honour’ to host the first professional rugby game anywhere since the sporting world shut down in March.

He said fans would be encouraged to adhere to contract tracing methods.

‘The world will be watching, and we will be ready to put on a show,’ he said.

‘Our players, coaches and staff have been working overtime to get Super Rugby Aotearoa ready and to now be able to share the competition with our members and our fans will be a very special occasion.’