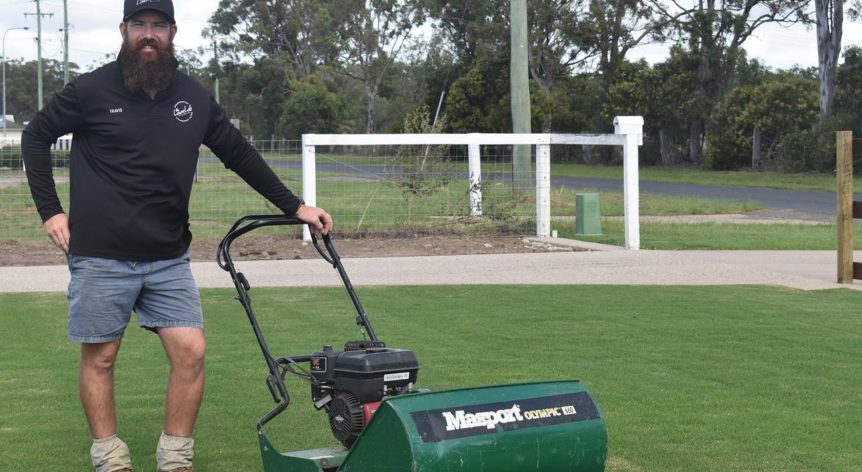 With recent heavy rainfalls in the region and winter on the way, a local lawn professional has told how to tame backyard jungles and prepare for what’s ahead.

As skies begin to clear over Bundaberg, local lawn-mowing business owner Travis Savage says it’s a busy time for anyone offering yard services and has offered tips amid changing weather.

Mr Savage started The Lawn Lab in 2020 and told the NewsMail on Tuesday anyone offering reliable mowing services in the region would never be short of business.

The young businessman is about to put on a new staffer in addition to his other employee.

“I think there‘s a big demand for reliability,” he said.

“I would get anywhere from five to six calls a day for mowing work.”

Mr Savage has most of his clients on a roster to keep up with regular mowing and offers both rotary mowing and cylinder mowing for the more manicured lawns that need a special touch.

Cylinder mowers, Mr Savage said, worked on clear, level lawns, almost like a pair of scissors and offered a cleaner cut which left grass greener and less prone to fungus.

While it‘s been a wet few months, Mr Savage’s business model can cope with rainy days.

He‘s set up an online site and sells a range of lawn care products as well as offering irrigation, turf installing and spring lawn renovations to aerate and top dress soil in time for the warmer weather.

The region copped around 200mm of rain in just over two weeks, resulting in a minor flood warning for the Burnett River, localised flooding in small surrounding townships and of course, plenty of overgrown lawns.

On Monday, the Bureau of Meteorology issued a minor flood warning for the Burnett River that remained current on Tuesday.

According to BoM, flooding had been occurring along the Burnett River to Mundubbera.

But on Tuesday, meteorologist Helen Reid said flooding was starting to recede at the Burnett River and that while rain would still be about the region in coming days, it would ease.

Ms Reid said there‘d be a couple of showers, but only be a few millimetres each time.

A broad ridge of high pressure over Queensland is bringing brighter conditions back, slowly but surely. 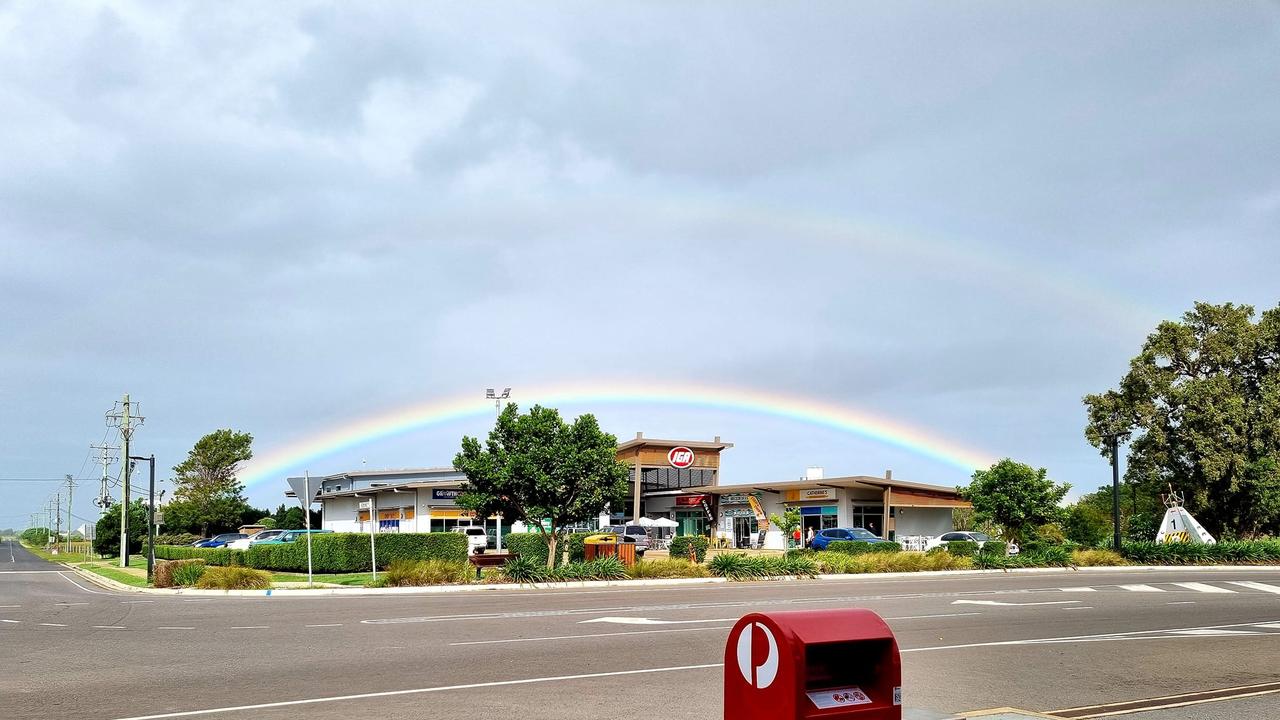 Ms Reid said by Friday and Saturday there would be cooler and drier days.

“It will hopefully be a sunny weekend,” she said.

A sunny weekend is something residents in the region will be hoping for as they look to tame their suburban jungles.

But the big issue for lawn lovers, according to Mr Savage, is the impending winter.

Mr Savage offers the following advice to those wanting to keep their lawns lush over winter.

If you get a break in the weather and can mow, don’t hesitate because if more rain comes through it could set in, then the lawn can be scalped back.

This happens because the grass grows taller and if you mow at the same height you previously did, it can turn your lawn brown.

As soon as temps drop, the lawn won’t recover. It’s still fine to mow if grass is a bit damp.

Don’t forget to bump your mower higher during winter to prevent scalping, as within a couple of weeks the grass may not be able to recover.

“If you scalp it now, you’ll have a brown lawn the majority of winter that’ll take a long time to recover,” Mr Savage said. 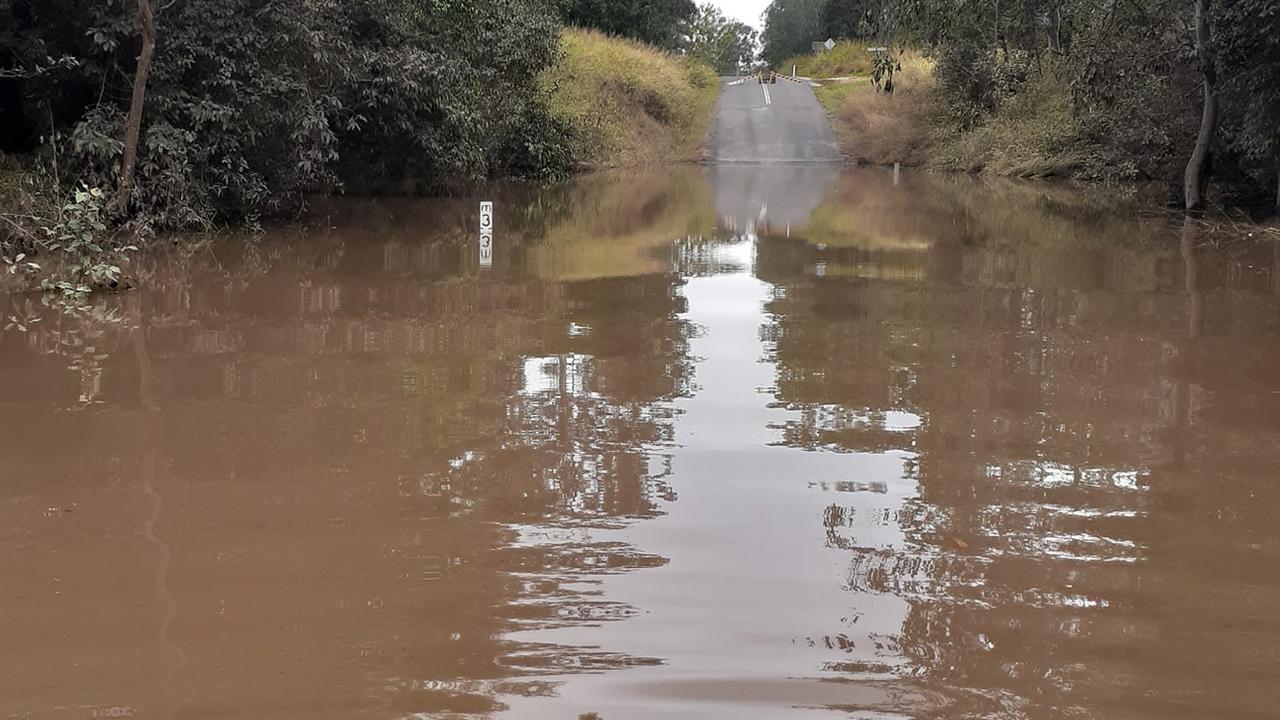 Missy Moo captured this image of Harpers at Lowmead.

Through winter you want to mow at a taller height so there’s more leaf blade to catch more sunlight and make it grow better.

While things are definitely looking clearer within Bundaberg, there’s still a lot of water to navigate in some of Bundaberg’s smaller surrounding communities.

As of noon Tuesday, Lowmead locals were still cut off from their main store because of flash flooding.

One resident said it could be a day-long wait before waters would fully recede.

As of noon Tuesday, the highest river height on the Burnett River was 20.49 at Walla Weir, followed by 5.89 at Barambah and 5.46 at Walla.