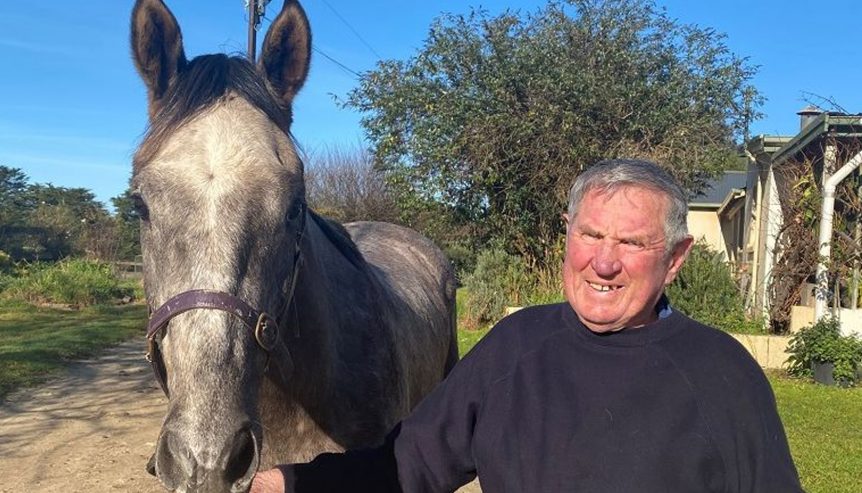 Millions of dollars have been poured into revamping Mount Gambier’s Glenburnie Racecourse, however a local trainer believes “we’re worse off now than before they started“.

Sunday’s scheduled meeting was transferred to Bordertown — a two-hour drive north — because of wet weather leading up to the event.

It was meant to be the first races welcoming spectators back to the track following COVID-19 restrictions.

Local officials said the Mount Gambier track was still “young” after a $3.3 million rebuild and the surface needed to be conserved for the long term.

But Michael O’Leary, who has been training in Mount Gambier for 40 years and is a winner of 1,500 races, including six Gold Cups, said not being able to race at Glenburnie significantly increased the time and effort it took to prepare the horses.

“We had to start earlier [Sunday] morning and [weren’t] finished until about seven, but if we were in Mount Gambier, we would be home by about 5:30pm,” he said.

“I fully expected this to happen. The Mount Gambier track’s no good and they’ve got a lot of big problems, and it will be a long time until it’s fixed properly.”

O’Leary said the issues started in 2001 when development on the track began to prevent water-logging; in 2018, more than $3 million was spent addressing drainage concerns.

After racing there in early December, a number of scheduled meetings were transferred to help the new track consolidate.

“They promised us lots of things last time and we never got them,” O’Leary said.

“We need someone with a magic wand that can perform miracles to get it right.”

The trainer said he now had to travel around the state’s south-east to properly train his horses.

“You can’t consistently be doing that because it knocks the stuffing out of your horses.”