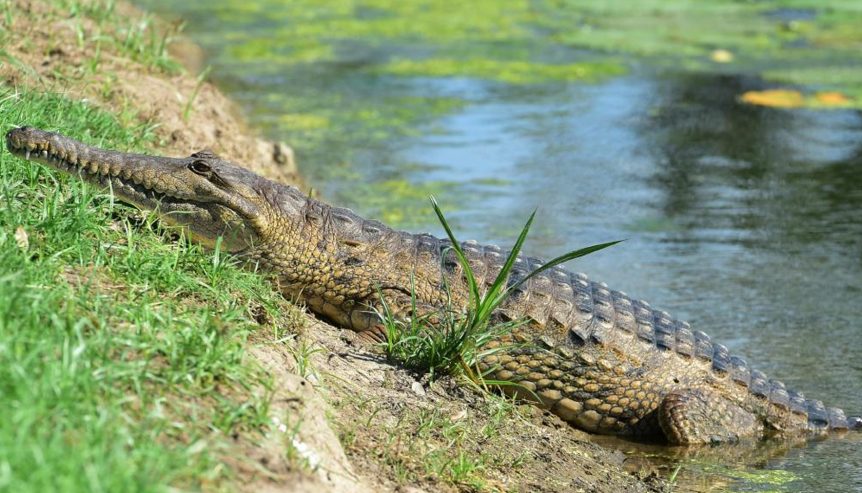 The Willows Golf and Country Club has a couple of long and scaly spectators checking out the eagles and birdies.

On Monday morning, a golfer came across a large freshwater crocodile basking on the bank of one of the dams on the course.

He alerted staff who investigated and discovered not one, but two, crocs cruising in the waters.

The club has put their snappy pets on Facebook and is searching for names for the reptiles.

Head professional Josh Tindale said one of the crocodiles was last sighted about six months ago.

“Many members have seen him in the past and respect him and let him be,” he said.

“He’s certainly posed no threat to anybody at this stage.”

Mr Tindale said both crocodiles appeared to be very happy and one had definitely fattened up since his last appearance.

“They swim around, there’s plenty of food and it’s just a great habitat for them,” he said.