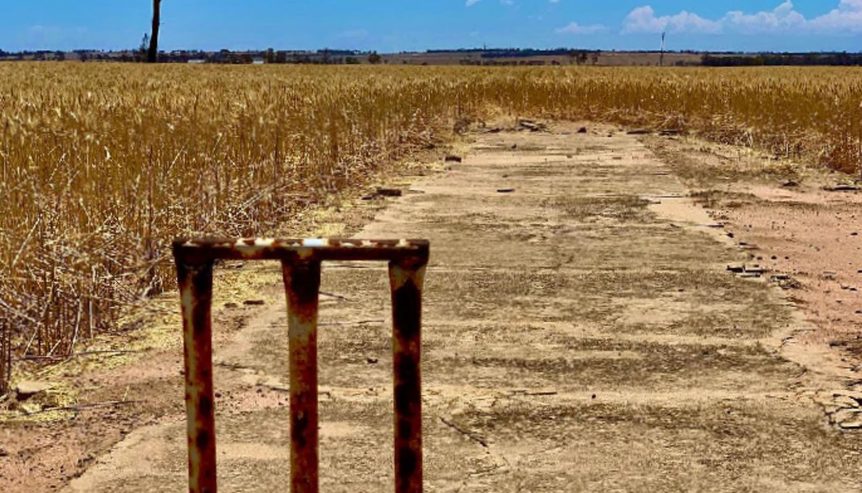 West Australian amateur historian Les Everett is on a mission to document the relics of Australia’s cricketing past, no matter how many kilometres he has to cover.

So far, he has travelled thousands of kilometres and spent hundreds of hours poring over maps and newspaper archives to locate WA’s “lost” cricket pitches.

Mr Everett, 65, says each one has a unique story to tell.

Many of those he’s found are now overgrown or surrounded by fields of crops that have sprouted in the decades since they last heard the echo of willow striking leather.

“These cricket pitches are a bit like Roman ruins — they’re not going to disappear quickly,” he said.

“I see it as a celebration of life — even though some places and some towns have totally disappeared and all that’s left is a cricket pitch.”

The Kalgoorlie-Boulder-born former primary school teacher’s quest to document lost pitches began in 2019 after a visit to a ground in Corrigin, in WA’s Wheatbelt region, where he played cricket in the 1970s.

What started out as a passing interest “turned into a bit of an obsession” the more he researched old clubs.

Mr Everett has since driven across WA, discovering and sharing pictures of the concrete relics he’s found, some now almost entirely consumed by nature.

“I noticed as I got around the place … on abandoned ovals … there’s always a cricket pitch,” he said.

“Some of the places I’ve been to have virtually returned to their original state. You wouldn’t know there could possibly have been a sporting field there.”

Mr Everett estimates some of the pitches he’s documented are about 100 years old.

Back then, Mr Everett said, cricket grounds were a central part of most country towns.

They were social venues for the whole community — and often played a bigger role than just hosting sporting events.

“The idea of social life was really important, so the hall [would be for] drama, dancing and music and so on, and also a place for sportspeople to gather at,” he said.

“[To visit them] gives a feeling of what life would have been like.”