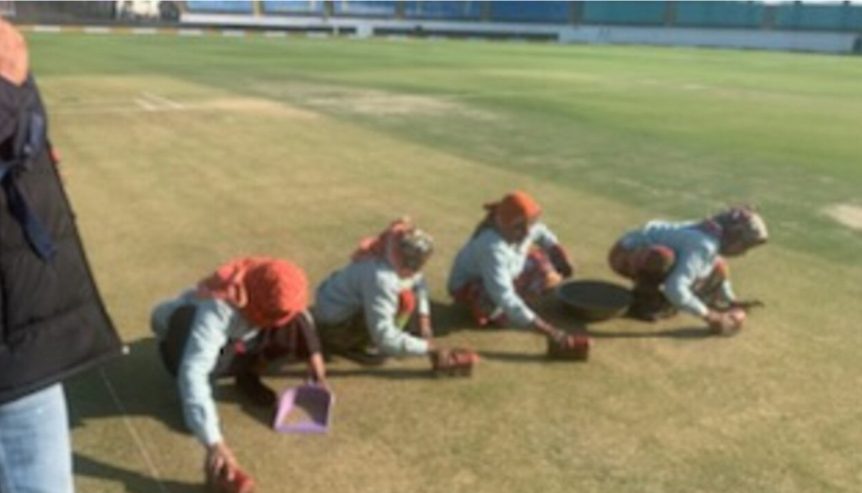 The women used large hand-held brushes and collected the trimmings in dustpans as they slowly made their way down the pitch before it was rolled sideways by curators.

The new Rajkot venue appears to have borrowed signature items from famous grounds around the world.

The media centre that hangs at one end looks exactly like the famous UFO-style box at Lord’s in England, while the grandstands look remarkably like the modern seating at Dubai’s venue in the UAE.

Even the dressing rooms have a strong MCG flavour, boasting plush chairs and plenty of space.

The venue, which opened in 2008 and first hosted international cricket in 2013, is a significant upgrade on the run-down Wankhede Stadium, where Australia crushed India on Tuesday.