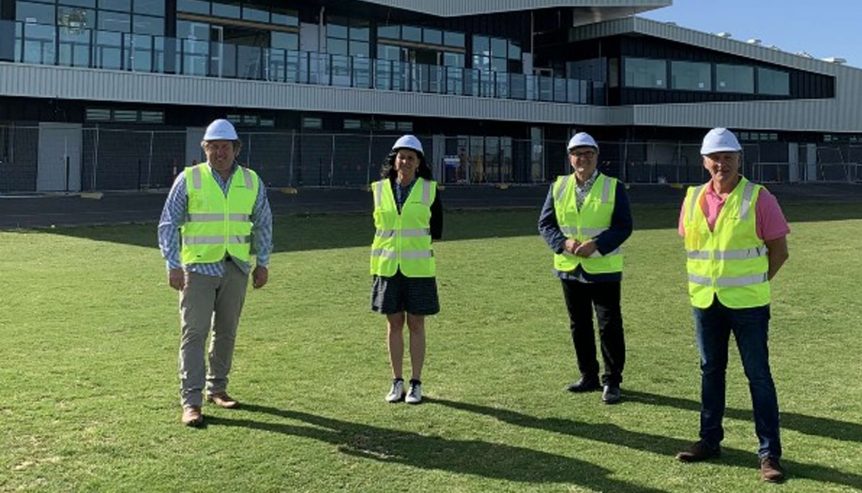 After an $11m upgrade, the Geelong West Oval upgrade is officially opened Saturday

The pavilion and precint upgrades include a two-storey multi-purpose pavilion meets AFL Regional Facility Guidelines, with home and away female friendly and umpire change rooms, as well as all-accessible shower and toilet facilities.

There’s also a commercial kitchen, kiosk and social rooms as well as a club gym, timekeepers box and coaches’ boxes.

City of Greater Geelong Mayor Stephanie Asher attended the opening event on Saturday 8 May alongside The Hon. John Eren, Member for Lara and Christine Couzens MP, Member for Geelong.

“West Oval has incredible history and it’s a very important place for the local community,” said the Mayor.

“With this redevelopment, its future as a premier local sporting venue is now secure, and it’s also better set up for general community access and enjoyment.

“The Council was proud to partner with the Victorian Government to fund the $11 million project.

“The new pavilion is outstanding. It gives the tenant clubs an amazing home facility that will help them grow participation, and also positions the venue as a regional facility capable of hosting local football finals. Congratulations to everyone involved,” the Mayor said.