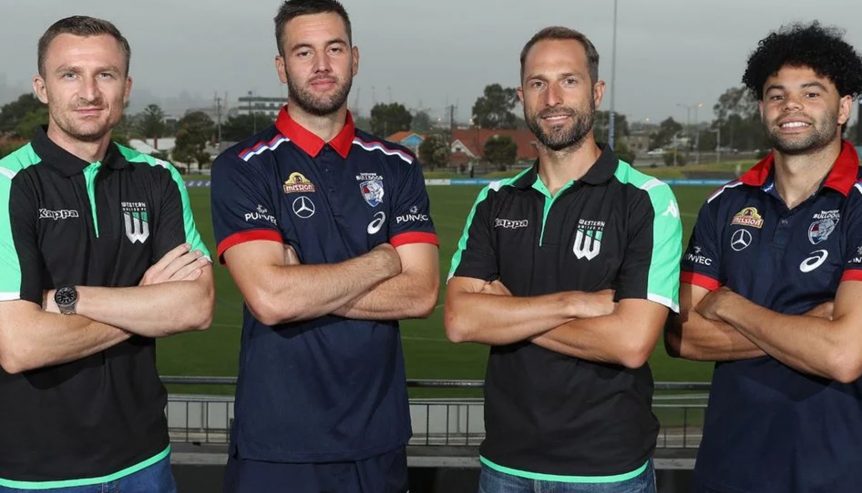 Western United and the Bulldogs have been in recent discussions about staging the event at the Dogs’ home ground, with the game originally scheduled to be played at GMHBA Stadium in Geelong.

The Round 16 A-League game will kick-off at 6pm on January 26, while the Bulldogs’ AFL players are on the Sunshine Coast for their annual pre-season camp.

A share of the proceeds the Bulldogs make from hosting the event will be contributed to supporting the communities impacted by the bushfires across Australia.

“Hosting A-League football at VU Whitten Oval is a fantastic opportunity to showcase the broad capability of our venue and to connect with a new audience,” said Bulldogs’ CEO Ameet Bains.

“We have been able to create a unique, family-friendly atmosphere for sporting events we have hosted at VU Whitten Oval, particularly in the summer months at our AFLW matches.

“We were pleased to work with Western United to make this game happen on Australia Day, and we look forward to helping them to ensure the event is a success.”

Western United is the A-League’s newest club, with their operations based in the west of Melbourne, in Truganina.

“Western United is a club that brings top-class football to the community of the greater West, which is why the Green and Black are playing in Geelong and Ballarat this season and have plans in place for a boutique stadium in the heart of the west in Tarneit,” said club CEO Chris Pehlivanis.

“We will continue to be a club for all who call the West home as we take this journey together.

“Relocating this particular Hyundai A-League fixture to VU Whitten Oval gives the club’s growing fanbase an opportunity to taste the Hyundai A-League at another family friendly, community venue in the West.

“We look forward to seeing our fans from across the West at VU Whitten Oval on Australia Day, at a stadium which will host Hyundai A-League football for the very first time.”

More details on the game will be available closer to the day of the event.