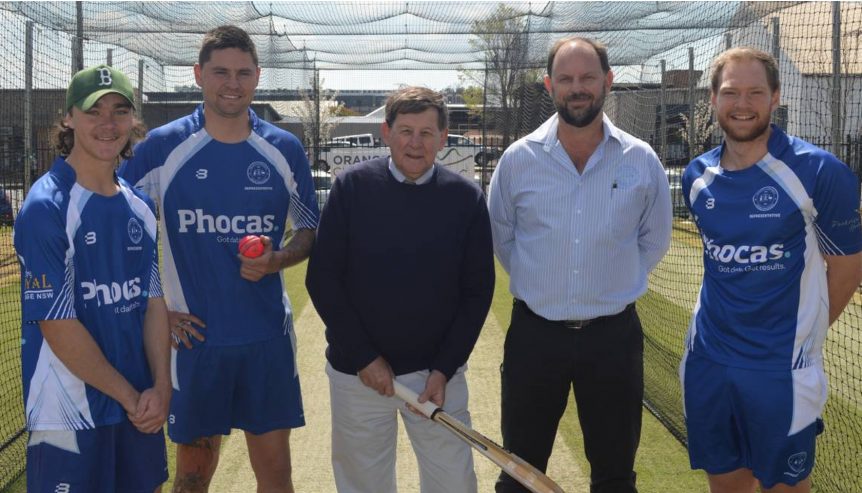 Wade Park is one step closer to being capable of hosting elite-level cricket games following the completion of the ground’s new, turf practice nets, which were unveiled on Friday morning.

Turf practice nets are a requirement for hosting cricket’s elite competitions like the Sheffield Shield and the $130,000 addition was fully funded by Orange City Council in its continued bid to attract marquee fixtures.

The nets’ unveiling comes as Orange City Council moves closer to a start date for Wade Park’s much-anticipated Centre of Excellence, which is crucial to that bid and is still estimated to be complete late next year.

“We’re getting closer to a start on the Centre of Excellence with Council expected to consider awarding a tender in October. All going well it will be finished late next year. These nets will work in tandem,” Orange mayor Reg Kidd said.

“Anyone who’s playing cricket to this level of excellence needs to be training on turf wickets.”

Sport and recreation committee chair Jason Hamling and Orange District Cricket Association president Mark Frecklington agreed, the latter said the nets will provide a vital developmental tool in the looming summer and beyond.

Construction on the nets finished in May and with the surface’s preparation complete they’ll be used for the first time on Sunday when Orange’s senior representative side begins training.

“Turf training nets are crucial when it comes to simulating normal pitch conditions (and) develop both the batting and bowling skills of players, “ Cr Hamling said.