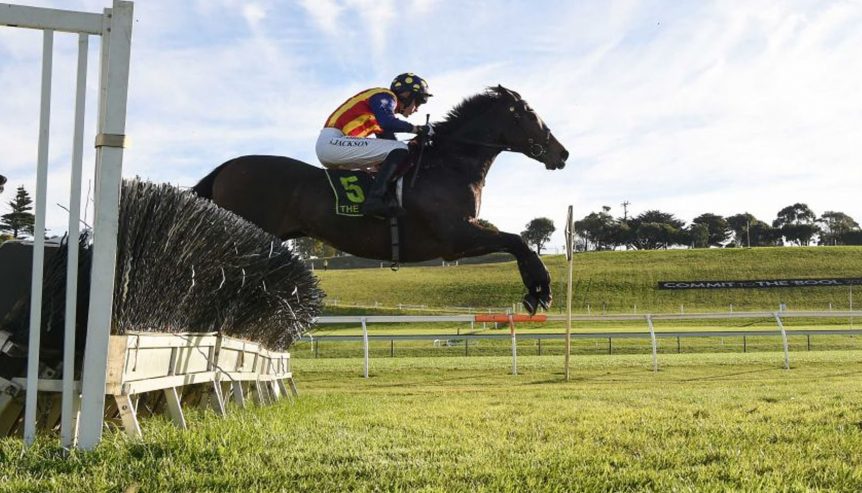 The biggest event on a south-west Victorian town’s social calendar has gone ahead with no one there and the biggest loser was the local economy, short-changed by up to $14 million.

Each year, the town of Warrnambool’s population nearly doubles to 60,000 as visitors flock to the annual May Racing Carnival, a three-day jumps racing affair dating back to 1872.

This year’s carnival was different to most — coronavirus restrictions meant racing took place behind locked gates in front of empty grandstands for the first time in the carnival’s history.

Police cars patrolled the racecourse perimeter, ready to move along people hoping to glimpse the action or those who lingered too long on their daily walk.

Studies backed by the Warrnambool Racing Club put the economic value of the three-day event at almost $14 million for the wider region.

There was no such economic boost this week, with hotels and motels empty, and pubs nowhere near the typical bursting point seen.

But the races went ahead anyway.

This year’s carnival was held over two days instead of three.

Visiting jockeys, trainers, in-house media and other essential workers were told by Racing Victoria (RV) not to stay in Warrnambool, and to return home after Tuesday’s racing — even if they had to be at the track on Wednesday as well.

“We don’t want people staying in Warrnambool at the time of these race meetings, not only for the health of the local community but for that of industry participants and staff,” Racing Victoria said in a statement released before the carnival.

“There will be no industry staff staying in Warrnambool and RV and the Warrnambool Racing Club are telling any participants that don’t live locally to drive to the racecourse and back home on the same day and not stay locally.”

The ABC is aware some racing industry personnel from outside south-west Victoria stayed in small towns surrounding Warrnambool instead of returning home.

“A small group of our essential staff, who have passed our health checks, have stayed outside the City of Warrnambool and have adhered to all Government directives around social gatherings and distancing,” Racing Victoria spokesman Shaun Kelly said.

“As we committed to, no Racing Victoria staff have stayed within the City of Warrnambool this week.”