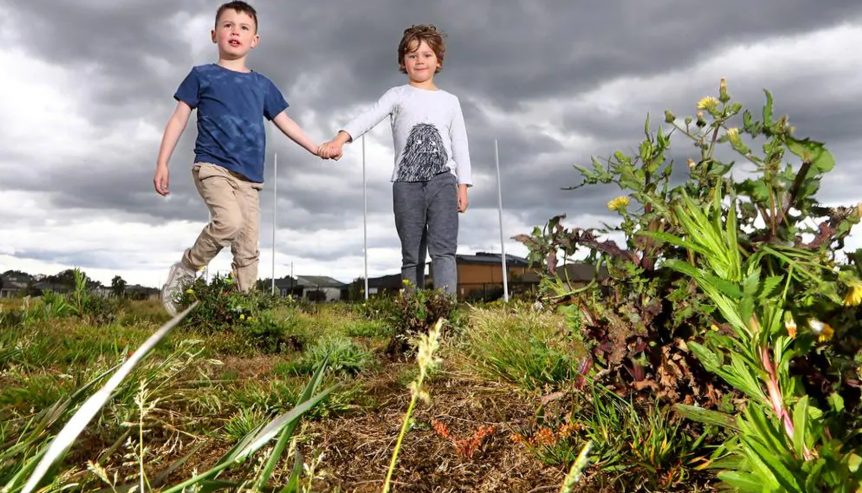 Armstrong Creek sporting clubs have been left without their main oval, after an apparent weed-spraying-gone-wrong resulted in the entire surface dying off – with only the weeds reappearing.

The main oval on Central Blvd in Armstrong Creek, used by local cricket and football clubs, is currently a field of dead grass and overgrown weeds, after an apparent failed weed control spray in October 2019.

Warralily Developer Core Projects issued a statement this week, revealing the entire oval would be returfed before being fully handed over to the City of Greater Geelong for maintenance responsibility.

“As part of fulfilling final maintenance obligations to the COGG, the senior oval was sprayed for weed control in October 2019,” the statement read.

“Following weed control the oval turf went into decline and, despite efforts to reinvigorate growth during the summer, it did not recover. It was agreed in consultation with the contractor, turf consultants and agronomists, that the best course of action would be to replace the turf playing surface.

“The developer is working in collaboration with council and the contractor, who has committed to fully reinstate the oval to competition standard.”