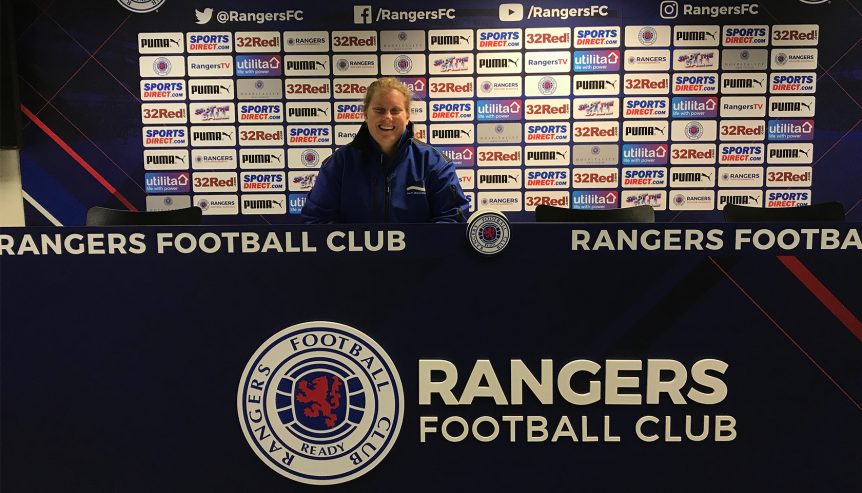 Week 7 saw me travel up to the top of Scotland where I would go looking for the great Loch Ness Monster… But first I needed to do some work.

After driving for 8 hours with Richard Campey, we arrived at Castle Stuart Golf Links. There we met with Richard Heywood who is Campey’s Scottish Rep.

Castle Stuart Golf Links is a championship links course located in Inverness. Currently Castle Stuart are building a new Par 3 course. Seeing the construction of the new course was quite amazing, to be able to see how they shape the land from an area that was originally flat, you could see the course forming and what the grounds team and designer were trying to achieve.

I think it will be a rather enjoyable Par 3 course when it is complete. James Hutchinson, Course Superintendent then drove us around the 18 holes on the championship course, the views for the course were spectacular, the layout is different, and it was a very unique course. In certain sections of the course, it is tiered down to the water’s edge almost, so there are fairways overlooking fairways and everyone gets the view.

To follow the experience of Castle Stuart the boys took me up to Carnegie Estate, Skibo Castle Golf Club. This is possibly one of the most prestigious courses in Scotland. The course looked immaculate and it was great to be able to sit down with the Course Superintendent and hear about some of the difficulties he has faced particularly after the most recent snow storm that hit the UK.

After Skibo, we were off to Royal Dornoch Golf Club and the site of a potential new golf club, Coul Links course site. Royal Dornoch had a lot of players out on course this day. I was told they have over 30,000 players play the course every year. When you hear those figures you think wow, that is a lot of people, but when you compare that to St Andrews Old Course who prepare for roughly 50,000 players per year it doesn’t seem as much. To be able to process and understand those figures and the work involved to allow those numbers to play, it’s hard to imagine!

Later that afternoon, the Richards took me for a drive around Loch Ness and down to Fort Augustus. We stopped here for a quick coffee break which allowed me to have a short walk around the town. That evening we went for a walk down to a local pub for dinner, I never got to see the mysterious Loch Ness, though I did find a fibreglass lass. 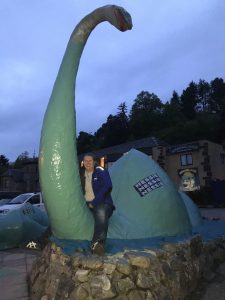 The next day Mr Campey went on his way back to Macclesfield and left me with Richard Heywood.

As we travelled south back to Glasgow, we made a couple of stops, one being at Crieff Golf Course where I had previously been for a demonstration. We met up with Charlie and had a look at the two greens we had used the Imants SandCat on. The greens had recovered well and Charlie was more than impressed with how injecting the sand into the green profile had improved its drainage. 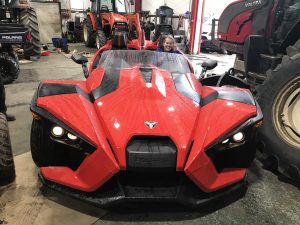 This was a particularly busy week, I was able to meet so many people and speak with a lot of great groundsmen. One of my favourite places to go was Heriot-Watt University, it wasn’t just because they had a great facility but the Head Groundsperson was a female. I saw this meet as an opportunity to be able to talk with Heather about life as a female in the industry, particularly because she has been able to progress through the roles, to be in such a position like the one she currently has as Head Groundsperson. To me, meeting Heather was more than just a meeting to talk Sports Turf playing surfaces. 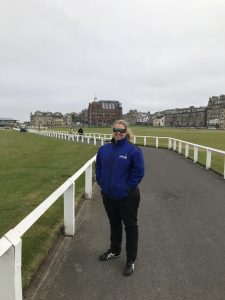 I also spent my weekend over in Edinburgh, seeing a lot of sights on a hop on hop off tourist bus.

Richard definitely looked after me while I was in Scotland and I thoroughly enjoyed my time there. He planned the week well and I feel as though the week was very educational and targeted my aims for what I wish to achieve while I am over here.