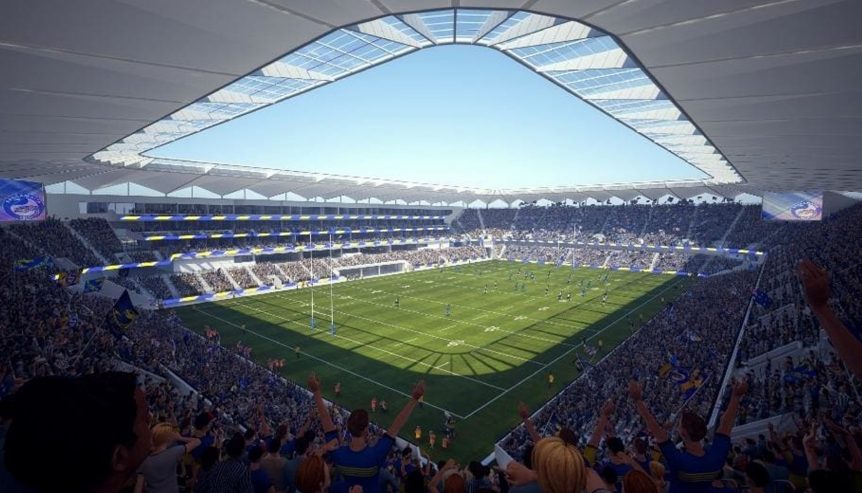 The $360 million Western Sydney Stadium has now been named.

The naming rights were announced today by Minister for Sport Stuart Ayres along with VenuesLive.

Perth-based bank Bankwest has scooped up the coveted naming rights of the stadium, for seven years, from a short-list of six organisations.

“It’s a fantastic partnership … and fantastic we take this next step by naming this stadium Bankwest Stadium.”

The 30,000 seat stadium is more than 80 per cent complete and has already seen 26,000 cubic metres of concrete poured into the foundation and more than 3300 tonnes of steel lifted into place.

When completed the stadium will have 4300 tonnes of steel used to form the seating bowl and roof.