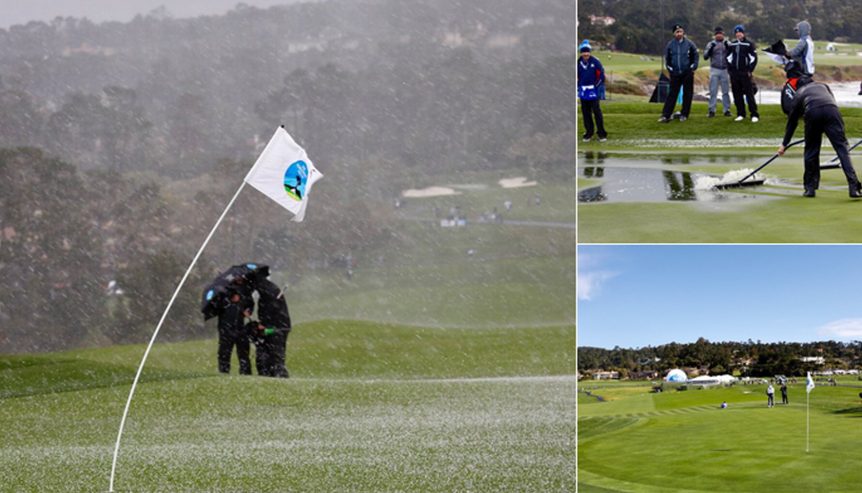 Play has just resumed at the final round of the US PGA Tour’s Pebble Beach Pro Am after being suspended for just over two hours due to a hail storm.

With heavy rain striking California, wind and hail lashed the iconic Pebble Beach Golf Links, forcing officials to halt play at 10.53am (local time) with leader Paul Casey (16-under-par) and Phil Mickelson (14-under) still yet to tee off at the time. The postponement all but guaranteed the final round will have to be completed on Monday. 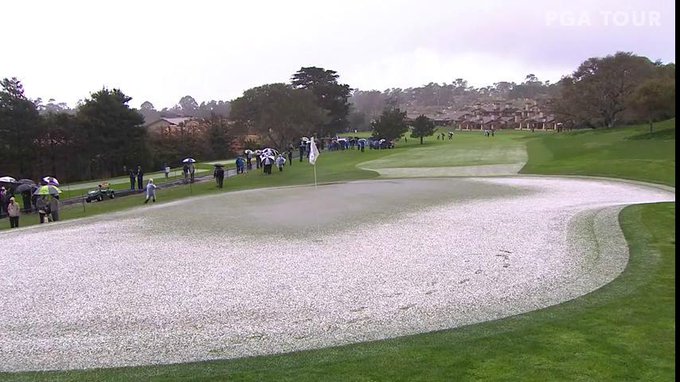 PGA Tour tournament organisers resumed play on Sunday at 1pm (local time) as greenkeepers frantically cleared the hail and excess water from the greens and fairways using blowers and brooms.

There were incredible scenes as within the space of 20 minutes the course was transformed from a sun-drenched paradise, to a grey and icy nightmare.

Some playing groups had fun with the inclement weather though.

Whether making ‘hail angels’ on the ground or having snowball fights as Sam Saunders and Patrick Reed and their caddies did, it wasn’t an entirely gloomy scene at the iconic course.

When the final group did tee off, England veteran Casey’s momentum didn’t slow down as he picked up an early birdie at the par-5 second hole to climb to 16-under-par.