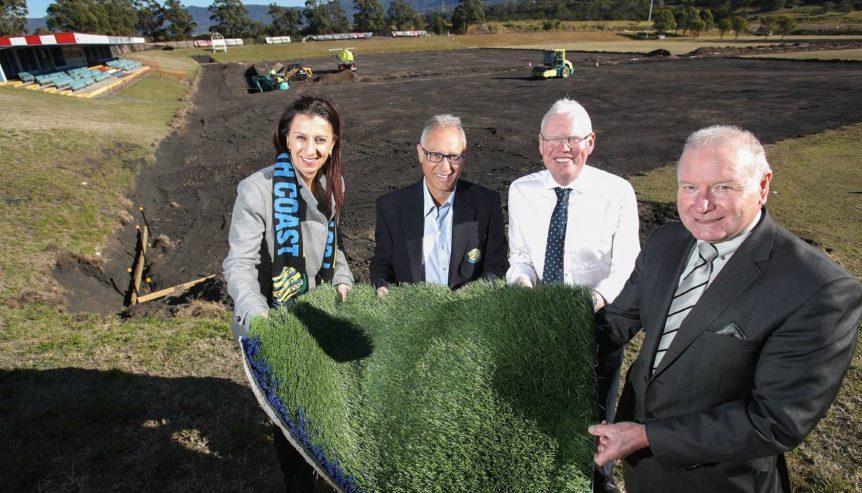 After years of deliberations over funding and difficulties perfecting a flood-proof design, work has finally begun on Wollongong’s first artificial turf football field.

Celebrating the milestone at Ian McLennan Park in Kembla Grange on Monday, Wollongong lord mayor Gordon Bradbery said the project would “provide long term benefits to sports people of all ages in the city”.

“Ian McLennan Park was identified as the best site which will see great opportunities for the development of local junior players as well as providing a potential training and competition base for current and future national teams,” he said.

Football South Coast chairman Eddy De Gabriele said the new field would allow for more frequent games in all weather and would be used for competition games.

Since the council first agreed to chip in for the project in mid-2016, the costs have blown out by more than $1 million to $2.75 million, after investigations revealed problems with drainage and extra requirements to ensure the playing field was up to professional standards.

It will be built to match FIFA standards and includes the installation of turf, lighting, fencing and other sports facilities.