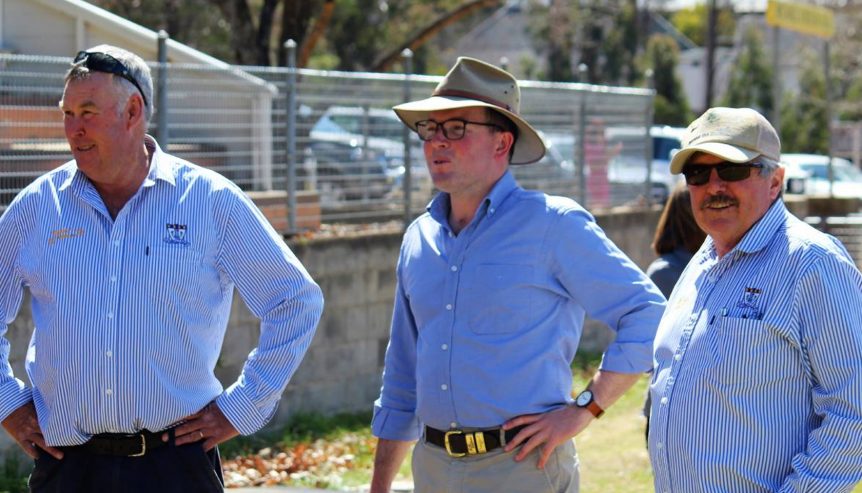 Cancelled matches at the home of the Armidale Blues Rugby Club, Moran Oval are now a thing of the past after $80,614 worth of work was officially completed on Wednesday to reduce flooding at the ground.

“These works have come as a major relief to our football club,” Mr McMillan said.

“This year we have had no worries about flooding but in seasons past it has been common for two or more games to be cancelled due to wet weather and run off.

“An improved playing surface will be invaluable not only for our club, but for the multitude of sports and community groups which use Moran Oval.

Mr Marshall thought the completed project was as good as a premiership for many of Armidale’s sport clubs.

“In the past storm run-off has inundated the two playing fields, causing havoc for competitions like New England Rugby,” he said.

“This grant from the Stronger Country Communities program saw a 50 metre by 1.2 metre high retaining wall and an improved engineer-designed drainage system installed.

“The city’s sporting clubs had been calling for these works for some time and I’m glad the NSW Government, partnering with Armidale Regional Council, has been able to deliver.”