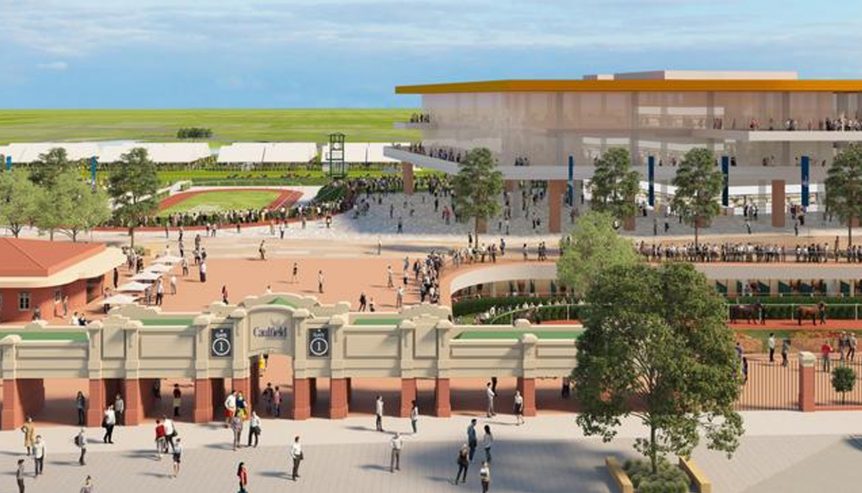 Work has restarted on the $300 million redevelopment of Caulfield Racecourse just days after Heritage Victoria slapped an interim protection order on the site.

The stop work came on January 27 after 42 trees, including an Aleppo pine grown from the seed of Gallipoli’s Lone Pine, were removed along with an old toilet block.

The order means all work at the site must be signed off by Heritage Victoria for the next four months.

The work permitted involved the Guineas car park, which has no heritage concerns.

The club tried to find a way to save the significant pine but arborists advised that it was not safe for the tree to be relocated.

Seeds from the pine would also be planted elsewhere on the course.

Glen Eira mayor Jim McGee said the loss of the historic tree was devastating and he feared other heritage elements of the course were also at risk.

Cr Magee said while the interim protection order was a step in the right direction, heritage protection should have been in place well before work started.

“The council asked the Planning Minister (Richard Wynne) in August 2021 to authorise a heritage amendment to protect the racecourse,” he said.

“We’re still waiting for a response.”

Cr Magee said the council had “no idea” what was happening at the racecourse after being “shut-out of the process” by the State Government.

“We’ve seen some glossy photos but nothing with any real detail,” Cr Magee said.

“The local council should have been involved in this process but the Planning Minister Richard Wynne took control and we’ve had no say, nor has the community.”

According to the Department for Environment Land Water and Planning an amendment to the Glen Eira Planning Scheme was approved by Mr Wynne on December 19.